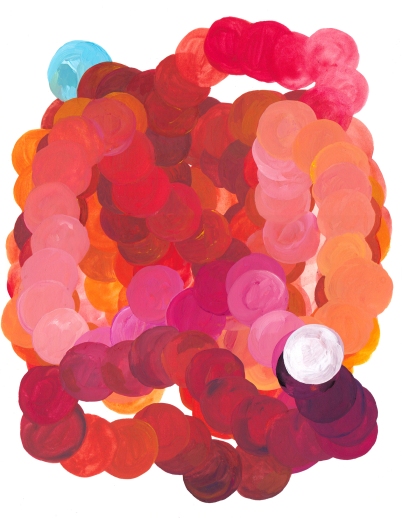 The midwife who attended my stillbirth was beautiful. Her name was something like June or Juliet. She sat at the end of my hospital bed, framed between my spread knees. Her mouth set in an unhappy line and she was strangely silent. My husband, Edgar, shook in full body trembles in his seat beside me. I lay pinned to the bed, the source of all the trouble. I was delivering a dying five-and-a-half-month-old fetus.

The midwife wore light blue scrubs. The space between her eyebrows was furrowed, and she was not quite meeting my gaze. Younger than the other midwives I’d met during my short pregnancy, I decided she belonged somewhere else. I wanted to gently lead her out of the dark room into a sunlit kitchen. I wanted to sit her down at a table with a cup of tea. She belonged in a yoga studio with other beautiful women or a hospital room where a live infant waited to be caught. Not this nightmare place.

There was a smell of sour sweat and fear in the air. It was rising from my body. I held Edgar’s hand between sporadic contractions. The delivery seemed to be stalling. I searched the midwife’s face for clues. She met my eyes for a moment.

“Will you want to see the baby?” she asked, breaking the silence.

“I don’t know,” I said, mouth dry. The nurses and midwives had explained to us that our baby had hydrops fetalis, a condition in which fluid accumulated around the organs and under the skin. The baby was swollen, they told us, after an ultrasound revealed our daughter’s illness. The baby would likely die from this. The midwife saw the question on my face.

“We don’t expect the baby to be delivered alive at this point. And we don’t know what kind of condition the baby will be in.” She said this kindly, matter-of-factly. I nodded, blind with the knowledge our baby was dead. Twisted, tormented forms filled my mind. In that moment I understood that my body had been a source of pain for this child, just as my body was a source of pain for myself.

A new contraction hit, and I felt something happening at last. I reached down with my fingers and felt the baby’s foot. Right before another contraction began, I was struck by a sudden fear. We don’t know the baby’s condition.

“Is the baby coming out in pieces?” I asked the midwife. There was a pause. She opened her mouth to speak, but her answer was lost in a deafening rush of pain.

At almost twenty-two weeks pregnant, Edgar and I went in for an ultrasound on a Friday to find out the baby’s gender. All the books and websites told us that if we made it past the third month of pregnancy (twelve weeks), we’d have sailed past the danger. As we got ready for the ultrasound, however, there was a churning anxiety deep inside me. Something didn’t feel right. Something had never felt right. But I had never been pregnant before. I decided that my feelings of unease could be explained away by pregnancy symptoms.

The ultrasound technician could not tell us the gender.

“The baby’s not being very photogenic,” she said, with false cheerfulness. I stared at the monitor; the baby was barely moving. The ultrasound technician disappeared for a long time. When she came back, she told us we’d have to make another appointment to find out the gender.

As we left the building, Edgar and I teared up. We knew nothing then. No one had told us anything. But we sensed the wrongness of the situation, the trouble our baby was in. We wiped our tears away and convinced ourselves that everything was fine. When I got the call from the maternal care clinic, an hour later, I was in a children’s bookstore. I had just picked up a book with a picture of a bear and a forest on the cover. I was imagining reading it out loud to a child with Edgar’s dark curly hair, when my phone rang.

Thirty-six hours later – a day and a half of crying, of researching, of denial – my water broke. I was in bed when it happened, dreaming that the universe was a warm dark room. In the dream the floor dropped out from under my feet. There was a roar in my ears, a sense of something tightening underground, a feeling of falling through water. I woke to a splash. My body had begun expelling the baby.

At one in the morning on Sunday, Edgar drove me white knuckled to the hospital, a towel stuffed between my legs. The midwife ground down on my almost empty belly with an ultrasound probe in search of the baby’s heartbeat. It was too slow. The baby was dying. They measured me – I was already nine centimeters. I had been in labor all Saturday and ignored it.

In the hospital room I was consumed with horror. No one could tell me what had caused the hydrops fetalis. For all I knew it could have been something I’d done, or not done. There are a million rules for being pregnant. Maybe I had eaten tuna soaked in mercury or taken a bath that was too hot. Maybe the four ounces of coffee I drank a day killed my child.

With one final push I delivered the baby. The midwife caught the body and bore it away. I caught a glimpse of a tiny bloody head, and a nurse on duty quietly told us that the baby was dead. I clenched my eyes closed and held my hand over my mouth to keep from crying out. The midwife and the nurse cleaned away the blood and wrapped the baby in blankets. They placed her in an infant incubator across the room from us.

“Do you want to see the baby?” the midwife asked us again. Edgar and I looked at her, helpless. I knew that if I saw the baby’s suffering, it would kill me.

“The baby is very deformed,” the midwife told me, troubled but firm. I went blank after that. The room went white, as if bleached. I would not look at the baby. If I looked at the baby, I would die. I would not be able to live with what I saw. Perhaps the baby had no face, no arms. Perhaps she was in pieces. My doing. My body.

The midwife left the hospital room. We never saw her again.

The nurse on duty began cleaning me and checking my vitals. I barely saw her. She’d told me her name earlier in the night but I hadn’t heard it. She was dark haired, with a kind face. When she was done attending to me, she paused and turned to face Edgar and I with an air of resolution.

“With all respect to the midwife,” the nurse said, “I don’t think the baby is deformed.”

Edgar and I looked up at her, uncomprehending.

“What I mean is – I’ve personally seen cases that were much worse. Do you want me to tell you what the baby looks like, and then you can decide for yourselves if you want to see her?”

We nodded. The nurse described our infant daughter to us. The baby was not in pieces. Her body was swollen, but she was wrapped in a blanket. There was swelling in her face too, but nothing terrible.

“The baby was very early, you see,” the nurse said quietly, looking down at us. She covered me with a blanket and left Edgar and me alone with the infant incubator across the room. I still wasn’t going to look. It was physically impossible for me to look. But Edgar – brave, loving Edgar – took some shaky breaths.

“Okay, kiddo,” he said. “Okay.” He rose from his seat beside me and walked across the room to where the baby was. He breathed out half a sob, and I listened to him talking softly to our daughter for a long time. Edgar placed his hand over her chest and sang to her.

I sat up in bed and watched him bending over the baby. I craned my neck. My husband and my daughter were on the other side of that room – the only two things in the world I cared about. I breathed hard in and out many times and asked Edgar to roll the incubator over to my bed, where I was still attached to an IV.

I can’t tell you how my daughter looked. She was the most beautiful thing I’ve ever seen, as well as the saddest. A small whale trapped under the ice. An unmoored boat. I drank in the sight of her tiny, perfect mouth, the exact replica of Edgar’s mouth in miniature. I marveled that anything so delicate could form inside me. I put my hand on the blanket covering her tiny chest and spoke to her.

Afterwards, I rallied. I named the baby. I let the nurse take her away forever. The nurse returned with a heart necklace that had two parts. One half she tied around our baby’s neck; the other she gave to us. When her shift was over she said goodbye to us, warmly.

A new nurse came into the room to draw my blood for lab tests.

“Boy or girl?” she asked brightly. She hadn’t checked my chart before she came in. All she saw was a woman sitting up in bed who had recently given birth.

“A stillbirth,” I said, barely flinching.

I filled out paperwork. I ordered food, made sure Edgar ate. Made sure he slept a little.

We were sent home at three o’clock in the afternoon of the same day of the delivery. We weren’t sure what else to do. The new nurses kept saying I was physically fit to leave. I put on the short sundress Edgar had grabbed from the closet for me when my water broke. My bare knees were exposed to the cold. My belly was slack. We stumbled into the winter hospital parking lot, dazed.

I was sick and uneasy for most of the pregnancy, even before I knew the baby would die. But there were bright moments, too. There were long walks in the forest, songs sung to the baby in the shower, and Edgar’s warm hand on my stomach every night. I loved my daughter already, more than anything in the world.

My daughter died as she was born at 4:11 am on January 31, 2016. I was made a mother without a child. The day is full of contradictions, of beginnings swallowing endings like a snake swallowing its tail. An ouroboros day.

I am the mother of someone I cannot see or touch.

I went home from that hospital empty-handed. Everything I created with my body and my will and my hope was undone in a matter of hours. I went back to work, unpregnant. So much of the time afterwards I felt silenced. I felt ashamed. I wished I’d tried to hide the pregnancy longer. Miscarriages and stillbirths don’t really exist in the real world. They are unchildren. All the mother-love in the universe won’t make my daughter into a living, breathing person.

And yet, I am still a mother, thanks to two women: the midwife who delivered my stillborn baby, with her brisk, frightened skill; and the nurse who gave me my daughter, by allowing me the memory of my child’s face. 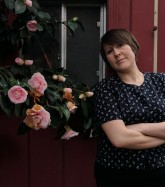 Mary Haidri is a writer living in Portland, Oregon. Her work is forthcoming in the Portland Review. She is the author of two plays: Every Path (La Jolla Playhouse & Moxie Theatre) and Still Life (Keller Gallery), both created in collaboration with Nettleworks. Mary’s housemates include her husband Edgar, a chocolatier, and Flaca, a fat cat.